This article appears in the print edition of the March 11, 2019, issue, with the headline “Italy.”

Ian Frazier is a staff writer at The New Yorker and most recently published “Hogs Wild: Selected Reporting Pieces. The original article is transcribed below

One of my lifelong ambitions is never to go to Italy. When I was a boy, in Ohio, my parents urged me to wish for something more realistic, such as never going anywhere in Missouri (several states away). Mom and Dad knew that never going to Italy would be unattainable for people like us. But I kept dreaming, as I pored over my lists of places in Italy I dreaded to see, foods I hoped not to eat, and famous cathedrals I did not want to go on tours of. After all, a big part of the fun of never travelling somewhere is in the planning. My folks had the wisdom to allow me that, though they knew the disappointment sure to come.

My own inborn artistic temperament created an additional problem, because I happen to be highly susceptible to the visual arts. Much as I try to scrub my brain of all knowledge of painting and sculpture, I can’t. With great effort, I got rid of every word in the art lover’s vocabulary except for one pesky holdout: “provenance.” Even today, if I find myself at a cocktail party and a particular work of art comes up in conversation, out of my mouth always leaps the question “Yes, but what is its provenance?” As it turns out, “provenance” is the only word you need in order to fall into a bottomless pit of art-related discussion that always seems to lead to Italy (usually by way of Vasari). For me, in this direction lies madness.

I also have a strange and regrettable weakness for inventing catchy acronyms for art museums. Even if I firmly resolve to use a museum’s entire name whenever that museum comes up, my natural bent betrays me. For example, I faithfully try to say “the Museum of Modern Art,” but what I blurt out instead is “moma” (an acronym I invented some years ago). Similarly, I always want to refer to the Los Angeles County Museum of Art by its full name, and never say “lacma,” the popular acronym I came up with (though it is, I admit, much shorter and handier). And not many people know that I’m the person who thought of calling the famous Musée du Louvre, in Paris, “mudulou” (pronounced “moo-doo-loo”). In these now widely adopted coinages of mine, I discern a vague, threatening spectre somehow inexorably drawing me toward Italy—and I tremble.

I had a close call the other day. I was on an airplane that was diverted from Heathrow to Italy, because of bad weather. Now, I consider Heathrow my second home. As a citizen of the world (except for Italy), I would have preferred that the flight brave the storm so that I could relax in Heathrow’s Citizens of the World (Except for Italy) V.I.P. Lounge. But the pilot of the plane was the rugged type who looks like a male model and therefore seeks the male model’s natural habitat—i.e., Italy. The plane kept on going, Italy bound, while I sweated in my seat. The dream of a lifetime was about to come to an inglorious end. Then, ten minutes before we entered Italian airspace, the weather over London cleared and the plane turned around. My dream still lived! I began to weep quietly. I told myself, “Hold on to your dreams! You will never go to Italy, if only you believe you won’t!”

This near-Italy experience has only made me more determined. Never going to Italy might take a lot of sloth, but I believe I am up to it. First, I’ll need to be in the very worst physical condition. That way, when someone interrogates me about why I haven’t yet gone to Italy, I’ll answer, “Can’t! Too out of shape!” Second, I’ll have to write a book exposing organized crime in every major Italian city. Then the Italian government will not allow me to cross the border, because of the potential costs of heightened police protection. And, third, I’ll lose my passport! The beauty of that strategy is in its simplicity. I’m surprised I’ve never thought of it before.

I can hear the Italy-goers, in their multitudes, telling me that I’m only cheating myself. But look at it this way: I’m also not carrying around a small flag, leading a tour group into one basilica or another and bumping into you as you try to get a better look at that gorgeous-whatever Vasari. In the busiest Italian places, check out the one less-crowded corner. 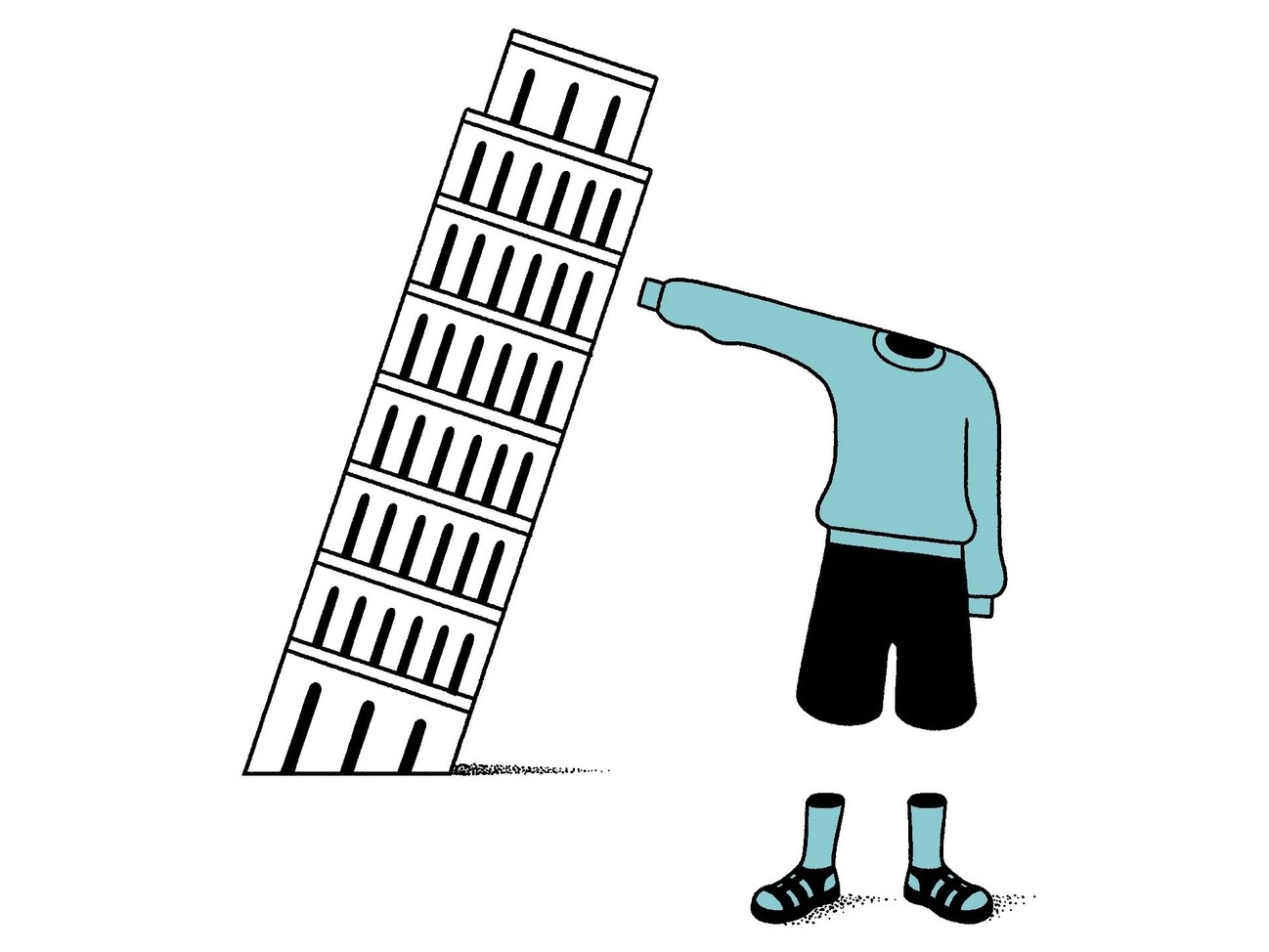 The person helpfully not standing there is me.